The coastal city of Porbandar is on the western shore of Saurashtra, Gujarat. Porbandar is better known as the birthplace of Mahatma Gandhiji and Shri Sudamaji, childhood friend of Lord Krishna.

Sandipani Vidyaniketan and Shri Hari Mandir are situated 5km from the city of Porbandar, opposite Porbandar Airport. 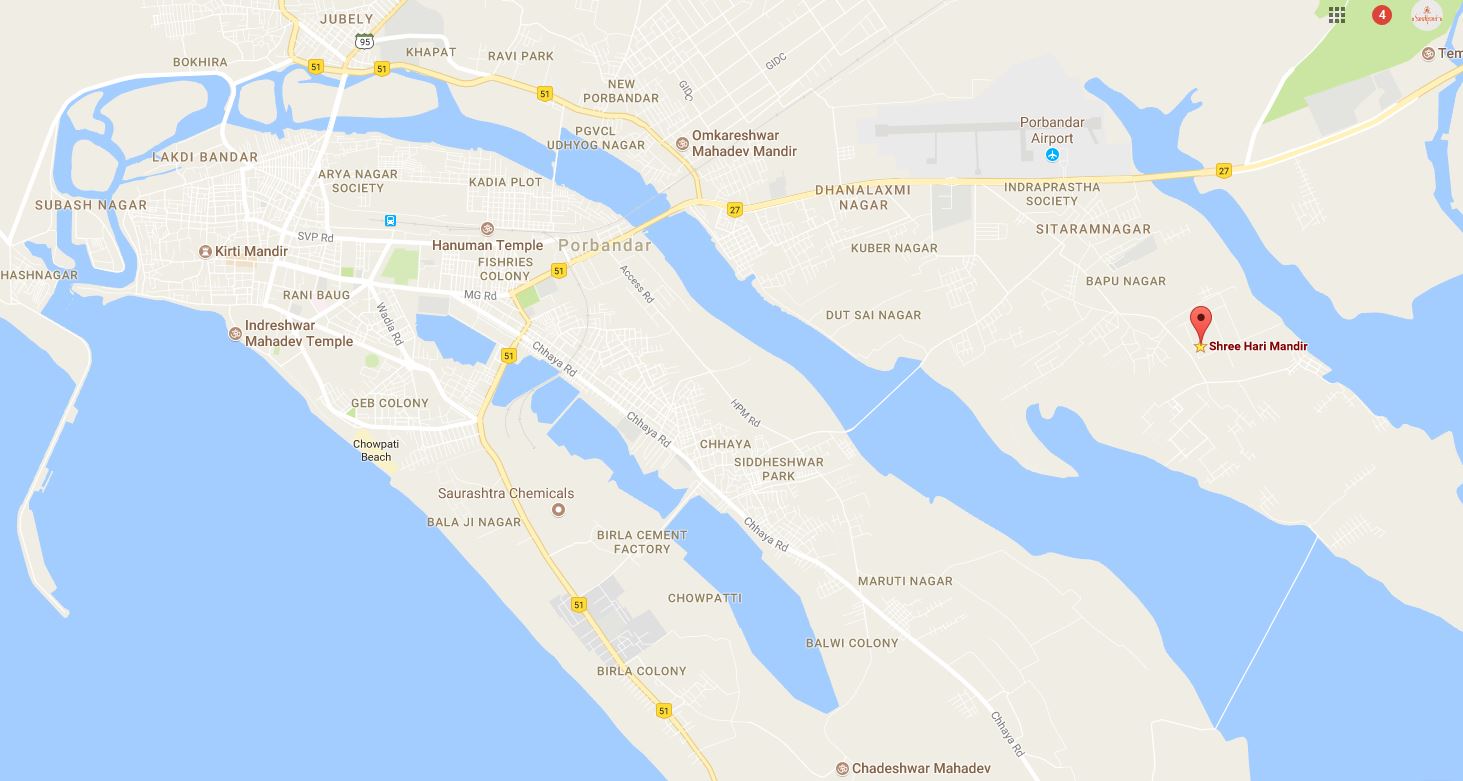 You can travel to and from Porbandar by road, bus or train.

Nearby airports include Rajkot and Jamnagar. Porbandar also has an airport with flights from Mumbai and Porbandar. This may vary so please check with your travel agent prior to booking your travels. Regular rickshaws are available from Porbandar airport to Sandipani Vidyaniketan.

Trains and buses arrive every morning and evening from all nearby cities in Gujarat.

Porbandar is 400km from Ahmedabad, 180km from Rajkot and 120km from Jamnagar.

Accommodation is provided at Sandipani for those traveling from abroad or within India and visiting Sandipani. Please call +91 909 996 6288 to make a reservation in advance

There are also several good hotels in Porbandar. For further details, visit www.porbandaronline.com/cityguide/ or https://www.tripadvisor.co.uk/Hotels-g12385895-Porbandar_District_Gujarat-Hotels.html

The temples in Dwarka and Somnath are more popular pilgrimage centres in Gujarat around Porbandar.

Dwarka is the city of Lord Krishna. Dwarkadhish temple is 105kms from Sandipani. Pujya Bhaishri and devotees visit Dwarka each year during Navratri for the auspicious flag hoisting ceremony, darshan and Prasad. 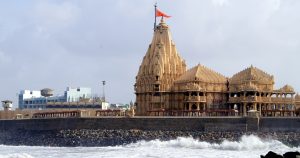 Somnath temple houses one of the 12 jyotirlingas of Lord Shiv and is 125kms from Sandipani.

Other places to visit around Porbandar: