Guru Purnima is one of the festivals that forms the strong foundation of Indian culture. It celebrates the honorary Indian tradition of the deep relation between a teacher and the students. It is the opportunity to pay respects and show gratitude to all teachers. This occasion is celebrated on the full moon of the Hindu calendar during Aṣādha and is a two-day festival at Sandipani Vidyaniketan. 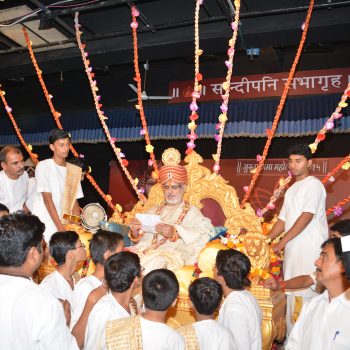 On the eve of Guru Purnima, an award ceremony, known as Guru Gaurav Awards, is held to honour and felicitate teachers from various parts of Gujarat who are working passionately and diligently towards building the future of children.

Watch the Guru Purnima Celebrations in 2017. 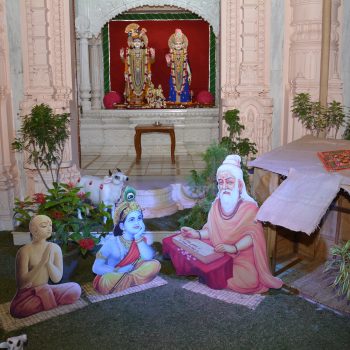 Cultural programmes are held in the evening, the deities at Shri Hari Mandir are dressed with beautiful ornaments and themed decorations made by the Sandipani Rishikumars are shown at Shri Hari Mandir. The divine Dhwaja Rohan ceremony (hoisting of the divine flags atop the temples of Shri Hari Mandir) is also carried out during this event.

Read the Guru Purnima celebrations over the years.

Guru Gaurav Awards are held to honour and recognize teachers from various parts of Gujarat who are working passionately and diligently to improve the future of children.

Initially, this award ceremony was begun with teachers in Porbandar District only. Recently, nominations are also being accepted from Saurashtra-Kutch. Every year, from different districts of Gujarat, five teachers are chosen and felicitated at Sandipani.

Pujya Bhaishri says, “Once the science of consecration is performed in an idol in a temple, it is worshipped as God. Similarly, inviting those teachers to honour their work, who are developing our great future citizens, certainly leads to the manifestation of the qualities of a Guru in them.”

This event is named ‘Vidyaguru Pran Pratishtha Mahotsav’ with the belief that this gathering of teachers will be an opportunity for other teachers to be inspired through self-reflection and those honoured can dedicate themselves even further in their fields of expertise.

Pujya Bhaishri believes that only a country with teachers of great character, values and expertise will excel socially, professionally and spiritually.

Three categories of Awards are presented: 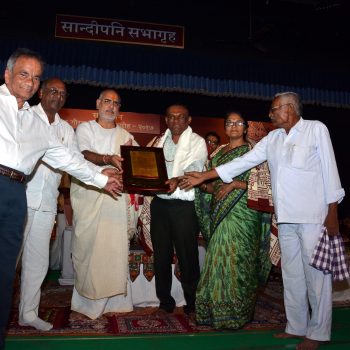 2. Śreṣtha Guru Gaurav Award (Best Teacher Award) – awarded to those who perform great innovative work within education and the society.

3. Lifetime Achievement Award – bestowed to those who have spent their entire life contributing in the field of education and continue to do so. 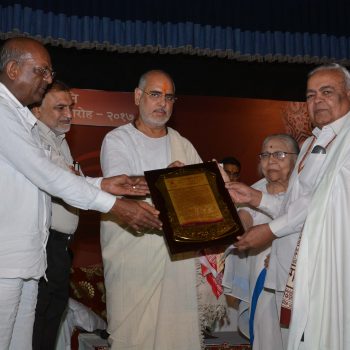