Shri Hari naam sankirtan (singing God’s name in recitation) was conducted by Pujya Bhaishri. This will continue in both the sessions of Patotsav each day by the Gaudiya Sankirtan Mandal, Vrindavan. This was followed by a kindling of the auspicious lamp in the auditorium.

Pujya Bhaishri welcomed everybody to the Patotsav in his speech. He particularly remembered Shri Tansukh bhai Ganatra and his family who have been giving great seva at Shri Hari Mandir.

Thereafter, Dr. Snehal Joshi, poet, described Bhagavat as a prem kavya with various examples of songs by devotees such as Mirabai and Narsinh Mehtaji.

Pujya Shri Vasant Shastriji gave a divine sermon on the first canto of Bhagavat, ‘Adhikar leela’. He explained that the fruit of the Shrimad Bhagavat is dependant on the capability and nature of the individual. He then expounded in two sessions on the increasing capabilities of three speakers and listeners respectively: Sutji and Shaunakji, Naradji and Ved Vyasji, and Shukdevji and Parikshit.

He also explained that canto 2, Sadhan leela, shows us that the means to attain everything, be desire free and attain liberation is God and worship of God.

Canto 3, Swarg leela, enlightens us on the birth of 24 things in nature. It is not just the creation of beings. Part of the creation is bound with desires. Canto 4 provides the solution to attain liberation from bondage.

Pujya Shastriji will be continuing this divine discussion for the next three days.

Four Rishikumars presented their lectures on various topics based on the Shrimad Bhagavat in the morning and afternoon sessions. Shri Bhavin bhai Raval talked on the importance of singing/chanting God’s name. He mentioned three messages given by Pujya Bhaishri to the Rishikumars which will always keep him pleased:

(a) perform sandhya whereever you are;

(b) full dedication in whatever you do;

(c) perform service to society with the inspiration you get.

Shri Dhaval bhai Joshi spoke on the Venu geet and explained what each verse depicts from the 13 verses.

Shri Bharat bhai Shilu enlightened everyone on the five branches of Adharma (unrighteousness) from the 7th canto of the Bhagavat.

Shri Vipul bhai Joshi explained how the difficult concept of Advaita has been simplified and made easier fro people to attend in Bhagavat compared to Vedanta.

In the afternoon, the guest speaker, Pujya Yogesh bhai Shastriji spoke on the three friends of Lord Krishna: Arjun, Uddhav and Sudama. He focussed on Sudama and how he has been portrayed quite incorrectly by literatteurs. Sudamaji was not poor. He had no desire for money and had renunciated everything. No one knew Sudama better than Lord Krishna. 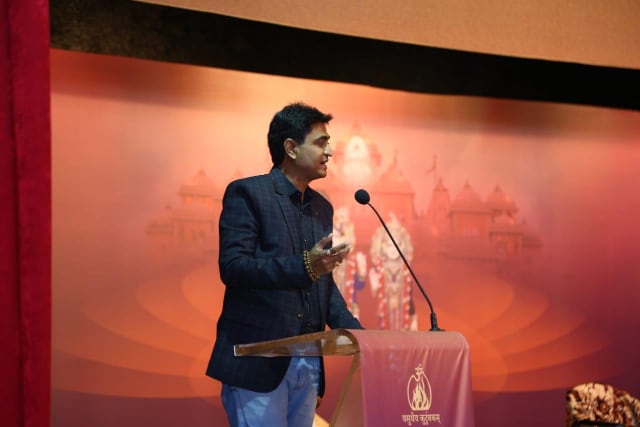 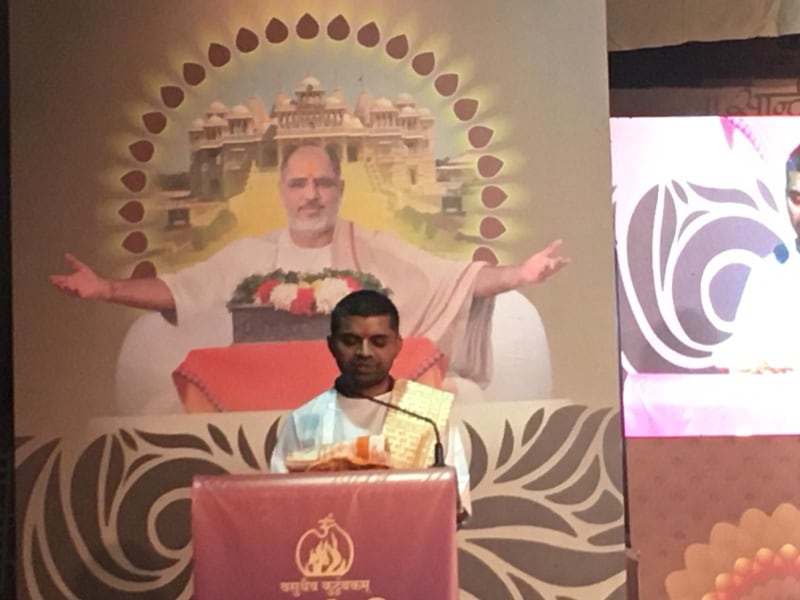 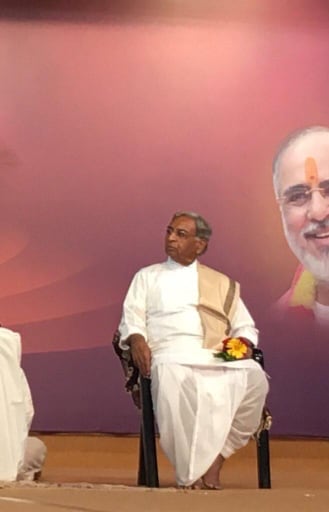 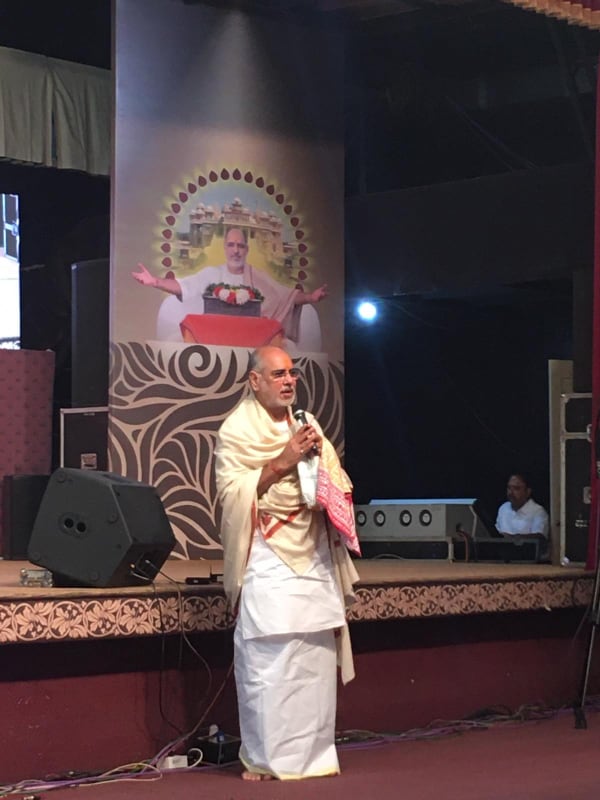 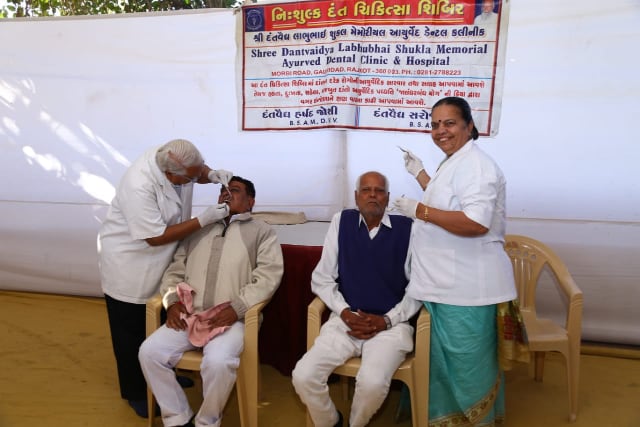