How can we do away with negative thoughts? – Day 6 Mumbai Katha

On the sixth day of the divine celebration of Shri Goverdhan pooja, Pujya Bhaishri went into the depths of negativity and how it is linked to the mind as follows.

Firstly, one cannot be successful in an effort of doing away with a negative mind because this is linked to saving the affirmative mind. Affirmation and negativity can only exist together. They cannot be separate from each other. Seeing them separate is like someone wanting to save one side of a coin and throw the other side.

Thus, if one only wanted to do away with negativity then this will not be possible. Instead, think of releasing the mind. The mind here means both affirmation and negativity. 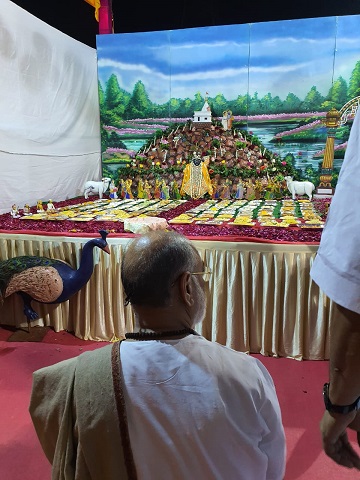 Gita advises us to be free from dualities. It also tells us to find the solution to our protection in equanimity. How will this equanimity manifest within us? It seems very difficult. However, to attain equanimity, we do not need to do anything. We only need to understand that likes and dislikes are linked and will always exist together. They cannot be separated. Therefore, either they exist together, or they do not exist at all. This is the mind.

Everything is then natural. To impose our beliefs on this means to see it artificially. Things are always natural except for our perception. If you want to see things, then what is the point of bringing your perception in between? Why not see them the way they are? Describing a mango as sweet or curry leaves as bitter is not a perception. They are being described the way they naturally are. Conflict exists when one’s likes, and another’s dislikes are included. 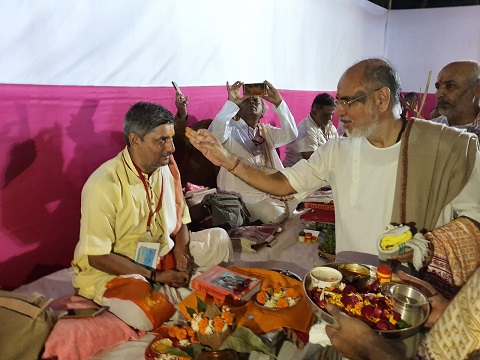 The only way to be free from this conflict and duality is by understanding the mind. Upon this understanding, the insistence on affirmation and negativity, like and dislike will be released. The mind becomes equanimous. The mango and curry leaves will remain but there will be no conflict due to them. The naturalness will remain.

Can this also be possible in other dual situations such as happiness and sorrow, gain and loss, praise and criticism as well as win and lose? Yes, it is. Once again, the duality is linked to the mind or the mind is split in these dualities. By understanding the mind and this concept, the conflict ends, and one becomes mindless.

Simply being is the self. This being is consciousness. The very living principle of each one of us is consciousness. However, it is in the bounds of attachment and aversion by insisting on how things should be and should not be. Should one stop this insistence, we will be free from attachments and aversions. Then one will understand things like a scientist without any bias.