The 36th Annual function of Sandipani Vidyaniketan was celebrated in various ways by Sandipani Rishikul (known as Babadeshwar Sanskrit Mahavidyalay). All Rishikumars participated in various competitions including sports, athletics and academics.

Chess competitions were held for various classes. Thereafter, as per every year, a cricket competition was carried out for 3 days. The final cricket match was played between Shastriya dvitiya and Shastirya Tritiya. The man of the match was honoured with a shield at the end of the competition. Prizes were also given to man of the series, best batsman and best bowler. 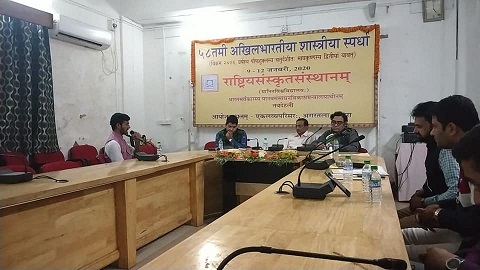 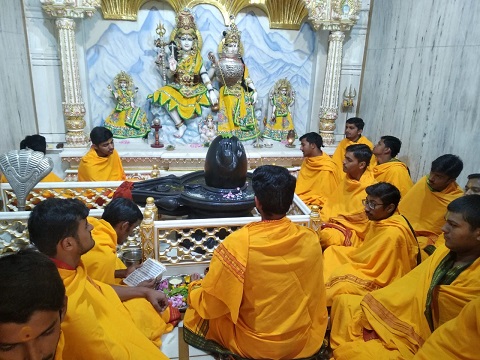 Laghurudrābhiṣek was also performed on Shri Chandramauleshwar Mahadev at Shri Hari Mandir followed by a laghurudrayāga at the Yagyashala. Present in all these celebrations were the younger brother of Pujya Bhaishri, Shri Gautambhai Oza, trustees, the principal of the hostel, other teachers and managers.

In these two video clips, watch the speech of respectable Shri Bobdeji who explains where Sandipani began from how far it has come and who this credit goes to; in the second video clip, Shri Gautambhai Oza blesses all with divine advice for all.