Yogabhraṣṭa means derailing from the aspirant’s goal in the spiritual path. Yoga is untiitng with God in our aim of attaining Him. According to Lord Patanjali in Yogadarśan, there are eight steps of Yoga. So what should we do to ensure that we do not fall in the path of Yoga or bereft from the experience of unity with God in the path of devotion? 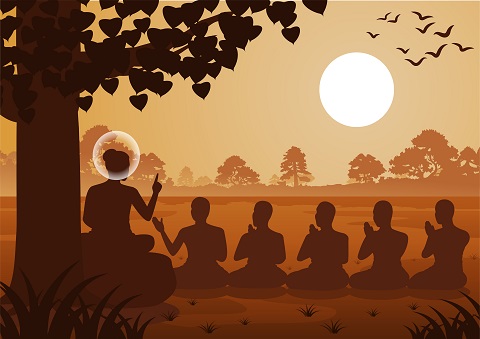 We should stay in the constant presence or shelter of sadguru or saint. otherwise no matter how wise or knowledgeable a person is, he/she will derail. A sadguru, a saint is a person who looks after us such that if we are deviating from our path he warns us. The continuation of satsang is also very important. One meaning of satsang is, being in the association of saints, being in the shelter of the sadguru.

Many times, we might not understand that we are heading towards destruction but the person whose shelter we have taken knows it. For example, Devarṣi Nārad achieved triumph over Kāmadeva (the god of desires) as told in. Goswami Tulsidasji describes that Nāradji’s austerity had been disturbed by the god of love. However, Devarṣi Nārad did not get angry with him. He did not get angry as one may argue that vices such as anger must not be a barrier in spiritual practices. Conversely, he was also Śrī Rām Carit Mānas not disappointed that his meditation had been disturbed. Instead, he was happy that he had won over Kāmadeva.

Nāradji reassured Kāmadeva by addressing him in friendly terms. When we should use anger as a tool considering the time, place, and circumstance in the mind and not by being the tool of the anger. Anger should be used as a tool to get angry instead of us becoming a tool of anger. As Nāradji did not utilise his anger appropriately he became angry where he should not have done so. He became angry on Lord Ram, the Almighty, by whose devotion he had won over Kāmadeva. We listen to that story in Ramcharitmanas.

To win over each of the bad qualities we have one good quality. We can defeat anger by forgiveness, greed by generosity and violence by non-violence. However, all these good qualities combined can give birth to another bad quality, and that is ego.

Instead of worshipping our ego, we should worship the God of ego, Lord Shankar.

Therefore, we should learn from the character of Nāradji. This is not the fall of Nāradji. He is the principal of the path of devotion and a principal teaches us by his behaviour. We should not forget that Nāradji is considered as an incarnation in Śrimad Bhagāvat. When Nāradji went to Lord Shankar and told him the entire story of how he had won over Kāmadeva, Lord Shankar, the god of ego, immediately saw the seed of ego in the sage’s mind.

Lord Shankar simply adviced Nāradji not to narrate this incident to Lord Vishnu. When we consider our ego justified, we think our well-wishers are against us. Nāradji thought that Lord Shiva is advising so as He will be unable to tolerate Lord Vishnu praising Nāradji. Nāradji did exactly what Lord Shankar had denied him to do. When such a realized person or a Sadguru, provides advice, their teachings must be taken seriously.

Nāradji went to Lord Vishnu’s abode and narrated his entire story of triumph over Kāmadeva. Lord Vishnu understood that His devotee was trapped in egoism. Lord Vishnu praised Nāradji who in return bowed to God with a sense of ego and said, “This win is due to your blessings”.

He bowed down and said, 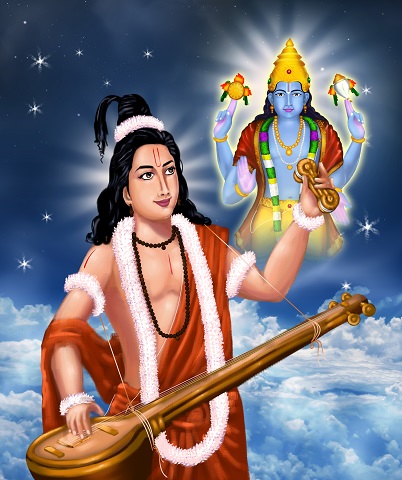 In order to destroy this bad quality of ego, the Lord created the illusory incident of Nāradji getting attracted to Mohini, leading to his disgrace. We see in Śrī Rām Carit Mānas that he even became angry and cursed Lord Vishnu.

When the Lord took away His illusion, there was neither a princess nor anything else. Only the Lord and His devotee remained. Naradji realised his mistake that had led Him to curse his beloved deity.

One thing is certain that a devotee may deviate from the spiritual path but will not come to a halt. God says in Gita: na hi kalyāṇakṛt kaścit durgatiṁ tāta gacchati (Shrimad Bhagavad Gita 6.4) What you have done can never go in vain. Your spiritual practice and good deeds save you from coming to a halt.

When Nāradji started feeling guilty, God said to Nāradji, “Go to the same hermitage where you meditated upon me and won over Kāmadeva. Then, worship Lord Shankar, the god of ego.

In summary, to save ourselves from downfall from our spiritual goal, we should stay in the constant presence of and take refuge in Sadguru or a realized person. Whenever he/she will notice that you are headed towards your downfall he/she will warn you. 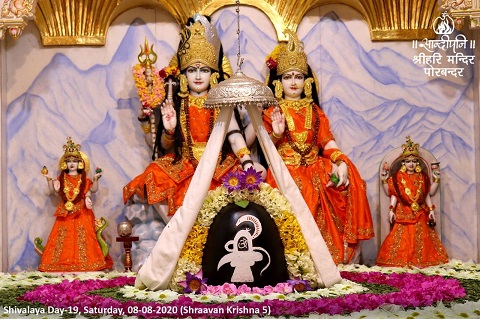