Param Pujya Bhaishri was welcomed at Auckland International Airport in New Zealand by an enthusiastic and dedicated group of people on Friday 30th March 2001.

The Hirabhai Bhana Parivar, in memory of their late mother, Bhaniben Hirabhai Bhana, sponsored the Shrimad Bhagwat Katha. This was Bhaishri’s third visit to the town of Pukekohe, which has developed a very special bond with him. Pukekohe is also the base for our Sanskruti Parivar, New Zealand. The Katha was held at the New Pukekohe Indian Association Community Centre from 31st March to 8th April 2001. The ‘Shobha Yatra’ proceeded from the Nehru Hall to the new centre with a closure of the road and police escort. A flag raising ceremony preceded a wonderful ‘swagat’ dance by a group of three very talented young girls with an official welcome.

The Katha was very well attended and enthusiastically received. Mahaprasad was prepared and served daily after every Katha session to devotees by locals who volunteered their services. The total number of helpers for the organisation of the entire Katha was well in excess of 150 persons.

Such was the enthusiasm and response of the audience that Bhaishri was inspired to continue the sessions for five to six hours on many of the nine days. Bhaishri’s message of self-realisation, his in depth explanations and his melodious voice captivated the hearts and souls of all, with barely a person leaving early despite the late hour. Krishna Janam was a wonderful occasion and the birth was timed to perfection, at midnight.

Bhaishri also captured the hearts of the children with his frequent use of English words and comments specially directed to the youth. A special ninety-minute question and answer session was arranged for children from 10 years of age and above. Approximately 180 children, who asked very intelligent and thought provoking questions, attended this unique session. At the conclusion of this session Bhaishri presented each child with a small booklet.

Bhaishri was very impressed with the Mahaprasad that was prepared and served everyday by local volunteers and decided to visit the kitchen facilities. The joy of the people present there had to be seen to be believed, particularly when Bhaishri asked to help with stirring the rice and the making of papad for that night’s Mahaprasad. When it is was announced, later that evening that Bhaishri had made a contribution to the making of the Mahaprasad, no one left without taking prasad because Bhaishri had a hand in it.

This Katha was dedicated to the memory of a loved one and there was no plan to raise any funds. However due to the recent tragedy of the earthquake in Gujarat, which is the home state of a large majority of the local Indian community, it was appropriate to accept donations for this cause. Significantly, despite the fact that almost everyone had already contributed generously to various appeals over the past few months, substantial additional funds were raised. There was also a great response to our publications and audio CDs. Favourable comments from people who attended the katha still continue to pour in to our Sanskruti Parivar, New Zealand office.

Some of the messages and emails we received are:

‘I count myself wonderfully blessed and enriched after listerning to his divine grace, Param Pujya Shri Rameshbhai Oza’s divinity at Pukekohe. I hope through Gods grace, I will continue to feel his omnipresence in all that I ever do in my life. The aura, which his divine grace radiates, is truly electrifying and addictive. I thank the organisers at Pukekohe from the bottom of my heart for getting a man of Bhaiji’s eminence to touch my heart and mind.’
– Arun Bhindi, Pukekohe

‘Please thank Bhaishri from me for the beautiful stories about Krishna Leela. They were so beautiful they made me cry. I also came to the youth class (your English is excellent). Jai Shri Krishna, You are one in the whole entire universe.’
– Priya, Pukekohe

‘This is the best Katha I have ever listened to.’
‘Bhaishri’s Kathas just get better and better.’

‘Pukekohe is the Vrindavan of New Zealand, every Katha held here is just great and the atmosphere, facilities and hospitality cannot be found in any other city or town in New Zealand.’

‘Nine days of glorious Katha, Mahaprasad every day and peaceful setting – this is like heaven on earth.’

‘Bhaishri’s melodious voice, his in depth explanations and his sincerity and love of Bhagwat have changed my views on life.’ 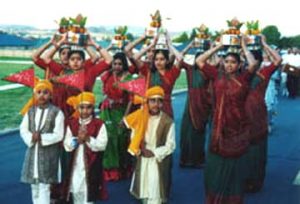 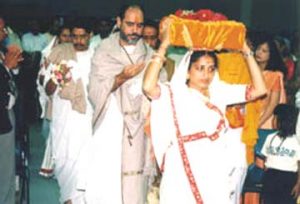 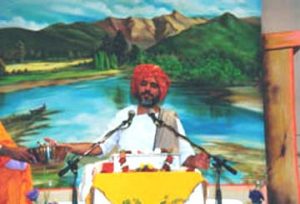 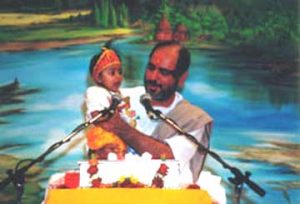 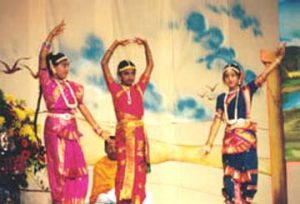 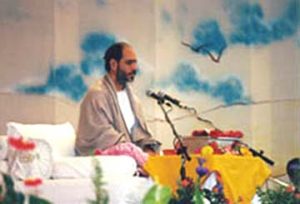