The President of India, His Excellency, Dr. A.P.J. Abdul Kalam today opened up a window into the past when he inaugurated the Sandipani Science Gallery – a veritable bridge between two eras – the ancient and the modern, as indeed between two apparently contradictory ways of life – science and religion. The Sandipani Science Gallery at Sandipani Vidyaniketan is merely part of Pujya Bhaishri’s vision which straddles both the pragmatism of science and the deep devotion of faith with equal ease.

Smt Kokilaben Ambani addressed the august gathering with a welcome address. This was followed by a talk by Bhaishri where he expressed his heartfelt gratitude to His Excellency, Honorable President of India Dr. A.P.J Abdul Kalam for accepting the invitation to inaugurate the Sandipani Science Gallery.

The President in his speech not only paid glowing tributes to the enlightened rishis of the yore but also showered generous praises on the Indian scientists of the present era who are taking India higher. He further emphasized on the need for initiatives like the Sandipani Science Gallery so that India could get her rightful place in the world. He further emphasized that the Sandipani Gallery would grow by leaps and bounds and become a forum where people would actually behold the fusion of science and religion.

President Kalam especially singled out visionary geniuses like Ramanujam and Vikram Sarabhai who have etched out a permanent place for themselves in the world through their contributions to Science and technology. He further commended the Sandipani Science Gallery as an initiative that would bring to the forefront the timeless contribution of Indian geniuses like Aryabhatt and Brahmabhatt, whose discoveries precede those of Copernicius or Archimedes by a few millennia. President Kalam concluded his speech expressing his heartfelt desire that the Sandipani Gallery would grow by leaps and bounds and become a forum where people would actually behold the fusion of science and religion.

Bhaishri believes that only if science and religion work in tandem with each other can they lead to peace, progress and harmony in the world. To this end, the Sandipani Science Gallery has been envisaged to exhibit works of ancient Rishis of India in the various fields of Science including Astronomy, Astrophysics, Mathematics, Metallurgy, Architecture, Surgery, Ayurveda, etc. This gallery has been made below the Shri Hari Mandir behind its vast auditorium. The Shri Hari Mandir will be officially opened on 4th of February during the Sandipani Mandir Mahotsav., 1st February – 13th February 2006.

The 12th of January 2006 was indeed a memorable day which we will never forget. 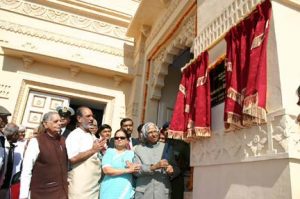 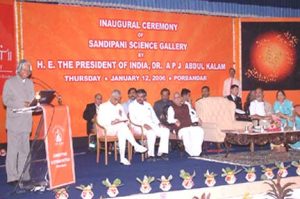 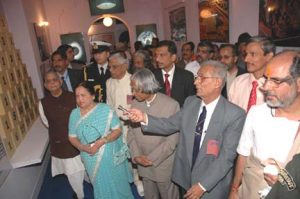 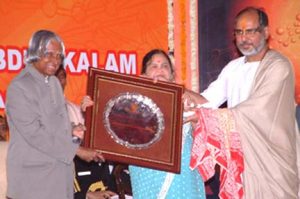 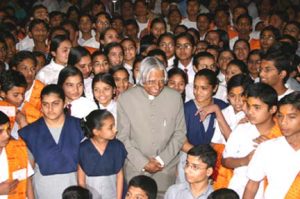 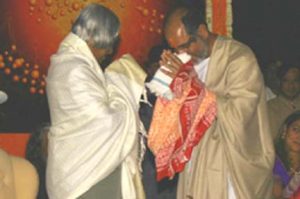