After the conclusion of Ahmedabad katha from the 18th to 20th February Pujya Bhaishri visited the quake affected areas of Kutch to offer his sympathies to the people and help them regain their faith and confidence. Accordingly his visit was organised, accompanied by a few other members of Sanskruti Parivar. They visited Kandla, Gandhidham, Bhuj, Bhachau, Anjar and other rural areas. They met the affected people and enquired about their well-being and their material requirements. The villages visited included Bhimasar, Mokhana, Jaru, etc.

A noteworthy feature of Pujya Bhaishri’s Kutch visit was the discussion that he had with a team of doctors from Denmark who had brought with them latest hi tech equipment for the special treatment of quake-affected people. He made arrangements for putting up tents and a pandaal (shelter) to facilitate the stay of the patients.

While returning from there, Pujya Bhaishri had a meeting with the Chief Minister of Gujarat, Shri Keshubhai Patel at the Bhuj airport. Pujya Bhaishri expressed his concern for the early resettlement of the quake-affected people before the onset of the monsoon. 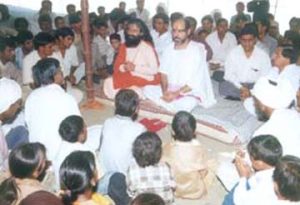 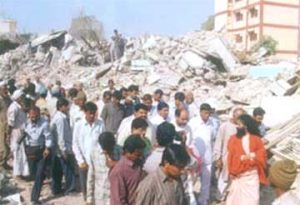 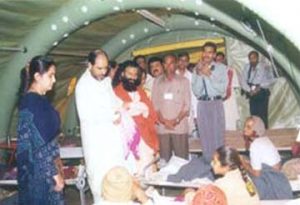