“The devastating quake of January 2002 was a natural calamity which the people of Kutchh faced bravely. Though it killed human beings, it could not kill their humanitarian spirit. Buildings crumbled but the human spirit did not. The fighting spirit of the people of Kutchh survived,” said Pujya Bhaishri complimenting the people of Kutchh while dedicating 130 houses to quake affected people built at Radhanagar in Anjar district of Kutchh.

Pujya Bhaishri further said, “The roots of the fighting spirit of the Kutchhis lies in faith and spirituality. The roots of religion, faith and culture are essential in life. The credit for laying such strong foundations in our society goes to our saints and mahatmas who preach and propagate religious ideas and thoughts. It is only by the efforts and the help of these saints and philanthropists that noble and constructive activities can be undertaken and sustained in the society.”

He further asserted, “If the faith in God and spirituality survives under calamities and mayhem then the help and co-operation comes forward from all quarters to find solutions from even adverse situations!”

Finally Pujya Bhaishri advised the people to remain happy and be helpful to others in their difficulties and prayed that Radhanagar fulfills its name by becoming a true abode of devotion towards God.

Shri Bharatiya Sanskruti Samvardhak Trust founded and run under the guidance of Pujya Bhaishri has undertaken eight projects of reconstruction and rehabilitation at the total cost of Rs. 2.5 Crores, for the people affected by the quake. After inaugurating Madhavnagar early this year, Radhanagar has been the second housing complex built by the trust. Various schools, temples, community centres and hostels have also been built by the trust in the Kutchh region following the earthquake of January 2002. Devotees from all over the world have contributed with great commitment and have helped make these projects successful. 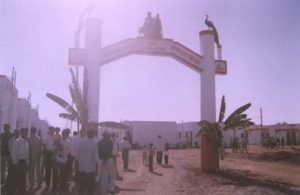 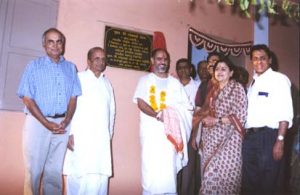 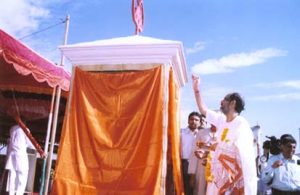 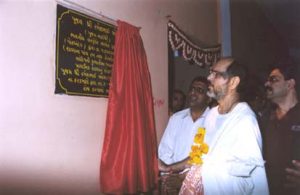 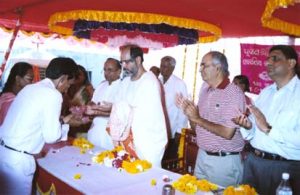 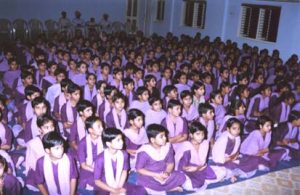