Pujya Bhaishri
Pujya Bhaishri is well known the world over for propagating Indian culture and values as also the Sanskrit language. Ramayana is his life, his inspiration and Shrimad Bhagwat his life sustaining force. A thorough knowledge of these epics and his lucid rendering of the episodes from these epics laced with interesting and innovative interpretations have been instrumental in kindling the flame of devotion in millions of hearts across the world. Under his loving and affectionate guidance, Sanskruti Parivar has successfully executed a number of humanitarian projects and activities. Now, Pujya Bhaishri has given us a call for providing succour to the bruised hearts of people affected by the devastating quake in Kutch-Gujarat. Come let us offer oblations of our services in this sacred Yagya of serving the humanity.

Latur (Maharashtra) Earthquake:
A devastating quake hit Latur district of Maharashtra in 1993. Thousands of people were killed and many more were rendered homeless. Under the inspiration of Pujya Bhaishri, members of Sanskruti Parivar collected an amount of Rs. eighteen lakhs both from within India as well as from other countries and began relief projects. A primary school, a community hall and a temple were built in Babalsur village of Osmanabad district. Each and every paisa that was collected for this purpose had been appropriately utilized for the reconstruction work.

Orissa Cyclone:
A devastating cyclone hit the shores of Orissa in 1998. It created severe problems of food, shelter and clothing for those who survived its deadly impact. A fervent call was sent out to the NRI members of Sanskruti Parivar to render all possible help to the affected people. They responded by immediately rushing relief material and also making arrangements for its distribution amongst the needy. In the second stage, school buildings were constructed in five villages of Orissa in Jignipur, Rameshwar, Patia, mahanga and Janardanpur villages at the cost of Rs.14 lakhs.

Famine in Gujarat:
Due to the failure of monsoon this year, Gujarat-Saurashtra regions are facing a threat of famine. Due to a shortage of fodder, animals are starving to death. Farm laborers have become helpless. There is an acute shortage of potable water. Pujya Bhaishri inspired the members of Sanskruti Parivar to solve this problem. Arrangements were made at various centers in Gujarat-Saurashtra to provide grains and potable water to women and fodder for animals. Everybody came forward to fulfill their humanitarian duty. A large number of relief centers for famine affected people were started. Inspired by Pujya Bhaishri’s directions members of Sanskruti Parivar got this unique opportunity of serving people affected by this natural calamity.

The devastating Earthquake in Kutch-Gujarat.
In the beginning of the year 2001 when the whole country was preparing to celebrate Republic Day on 26th January, at about 9.40 a.m. Nature decided to play truant and rocked the western region of India causing extensive damage in Ahmedabad, Kutch and neighboring areas by an earthquake. Pujya Bhaishri immediately rushed to Ahmedabad undertaking an extensive tour of Kutch, his karmabhoomi Porbandar and surrounding areas to console the affected people, and various relief operations were started under his direct supervision. Food, medicines, blankets, clothes, etc. worth about Rs. 25 lakhs were distributed in the affected areas of Kutch and Gujarat. That was the first stage. The second stage begins now in which your co-operation is earnestly solicited. The village called Nani-Khodai will be rebuilt as Madhavnagar. You can be helpful in this reconstruction by sponsoring any of the following schemes.

Please Note: To begin with, a total of 52 residences will be constructed.

Come, let us build ‘Madhavnagar’
Prior to 26th January 2001, it was known as Nani Khodai. The quake demolished the entire village. Madhavnagar will be built at a distance of 15 kilometers from Anjar city in Kutch. This task will entail a crore of rupees and your wholehearted support.

‘Madhavnagar’ will be built with your support, not just monetary support, but heartfelt sympathies as well. In other words your total devotion and support is required.

Your humanitarian response will be reflected in each and every house and street of ‘Madhavnagar’.

Each and every rooftop will be testimony of your love and affection.

Totally fifty-two residences and a school for children are to be built. Arrangements are also to be made for water and power supply as well.

On the rubbles of the havoc caused by the quake, we shall build a beautiful colony bubbling with hope and the joy of life. ‘Madhavnagar’ will be a blooming garden spreading the fragrance of human co-operation.

Send your contributions / donations by Cheques or Drafts drawn in favor of :

Please Note: Donations will be eligible for tax benefits under section 80G. 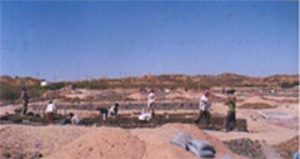 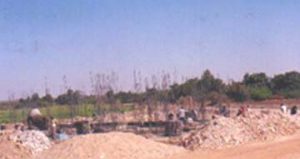 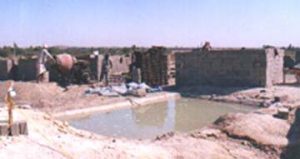 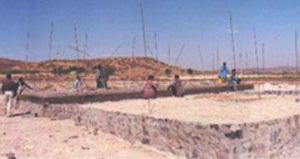 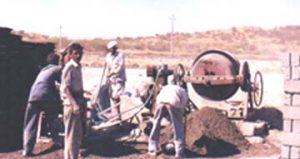