Sadhana Retreat in Full Swing at Sandipani in its second year 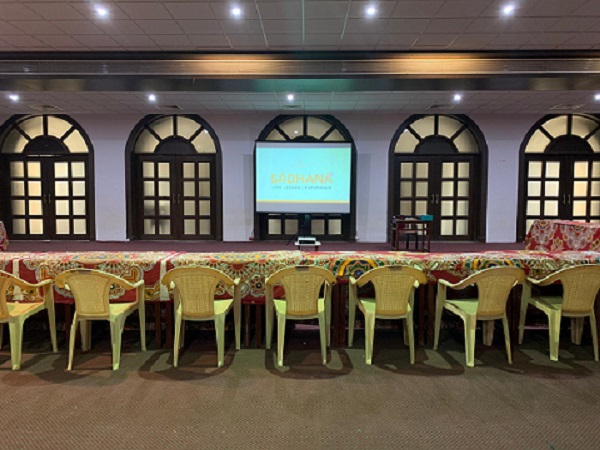 Sādhana Retreat, an initiative started under the guidance of Pujya Bhaishri last year, is in full swing at Sandipani, with 26 students attending from India, USA, UK and Saudi Arabia. The retreat began on 7th July 2019 and will continue until 13th July 2019.

The students’ first day started with an introduction to the Sādhana course, each of them being given a Sādhana kit, which included essentials such a workbook, notebook, pen, and a prayer mat. This was followed by their first Vedic workshop – conducted by Shri Bharatbhai Silu – where they learned the Ganesh mantra. The students later learned about the five Prānas (vital principles) of Sanātan Dharma in the Sanātan study class. They finished their day with an afternoon trip to the Kirti Mandir, the birthplace of Mahatma Gandhi, and the Sudāmā Mandir. 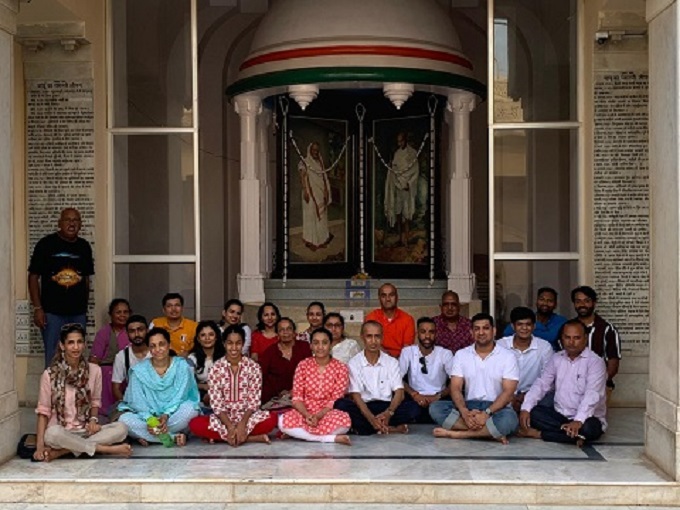 Day 2 was the students’ first full day of learning, where they completed the Ganesh mantra in the Vedic workshop. They also progressed in their Sanātan study class by completing the previous day’s workshop on the five Prānas of Sanātan Dharma. Furthermore, the attendees learnt the origins of Vedic civilisation, understanding it from both the Vedic and Western academic perspective. Shri Shyambhai Thakar concluded the day by explaining the importance of the Shrimad Bhāgavatam. 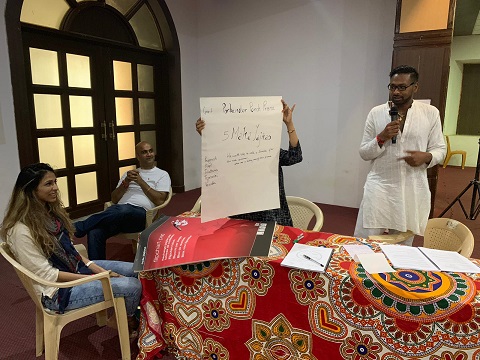 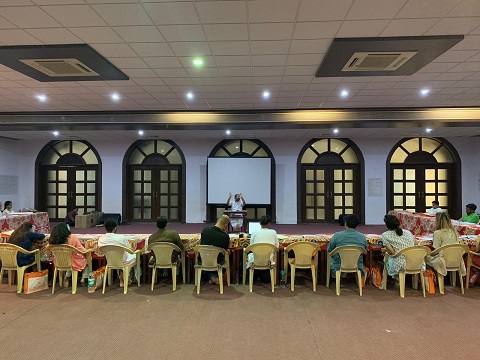 Day 3 was yet another day of learning and evolving thinking. The students learned the Durga mantra in the Vedic workshop, followed by an intensive Sanātan study class, in which they covered Śruti and Smriti literature, including ṣad darshan (six systems of philosophy), and the science of pramāna (science of knowledge) and Vedānga. In the Bhāgavat class, Shri Shyambhai Thakar discussed the story of Shri Parikshit and Kaliyuga, and the arrival of Shri Shukdevji Maharaj from Shrimad Bhagavat. 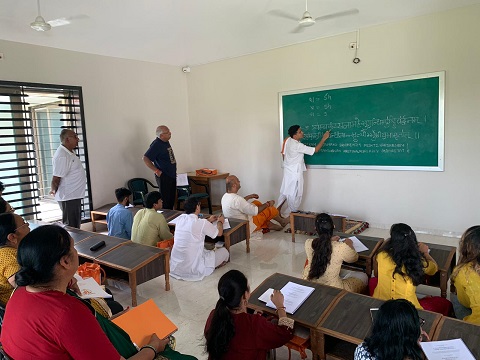 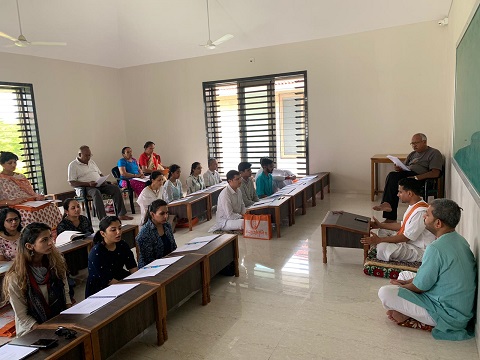 On day 4, the students learnt the Tryambakam mantra led by Shri Bharatbhai Shilu and attended the assembly at the school where Bharatbhai gave a speech in Sanskrit. The Sanātan study class involved a recap of the learning of the last four days and an exercise on classifying all the Vedic scriptures. Shri Shyambhai discussed the second canto of Shrimad Bhagavatam and focused on the process of cosmic creation. Thereafter, the students also had a tour of Sandipani and visited school, hostel, studio, sapodilla farm and Gaushala. 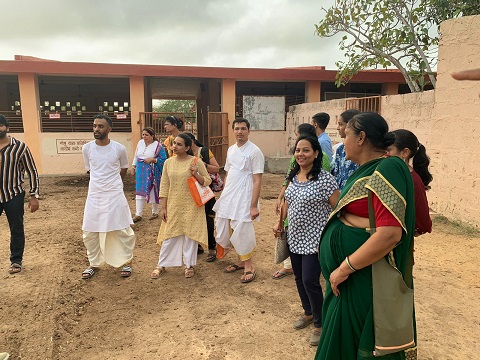 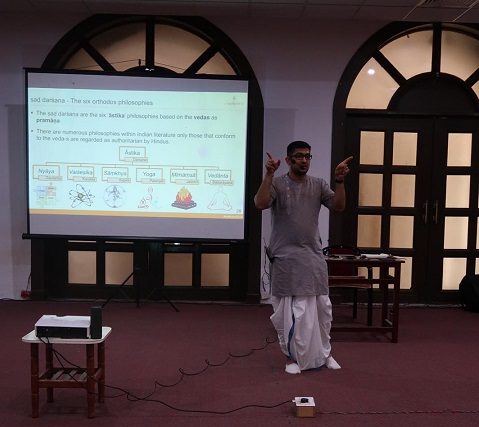 The Sādhana Retreat is not only a onetime thing; it teaches you a way of ethical living backed by scientific research as well as spirituality, which still holds truth today.