Sandipani campus became a town during the Mahotsav!

The 85-acre Sandipani Vidyaniketan Campus became a town with accommodation facilities for over 7000 people, numerous cooking and dining areas, huge administrative and media offices, a bazaar, a bank, a medical centre, and even an internet café. STD ISD booths and numerous temporary and permanent toilets were also installed all around the campus.

Rickshaws moved around to carry old people to and from the accommodation areas to the katha mandap. The katha mandap was named ‘Amritalayam’ and had a seating capacity for more than 50,000 people. A mandap named ‘Bhagvatalyam’ was also made for the 1111 Brahmins who recited the Bhagavat shloks.

Accommodation was provided in tents, guesthouses and the school and hostel buildings of the Vidyaniketan. Various names were given to them; ‘Naimisharanya’, ‘Vrindavan’, ‘Mangal Bhavan’, ‘Vishraanti’ and ‘Aathitya’.

Even the roads within the campus were named after revered Rishis; Vashishtha Marg, Jamdagni Marg, 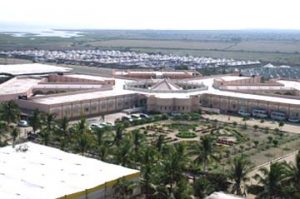 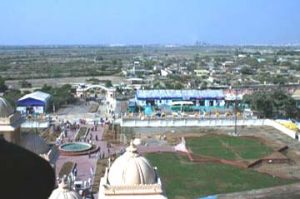 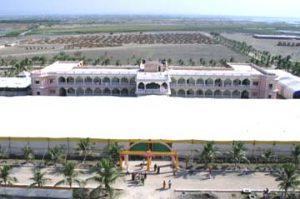 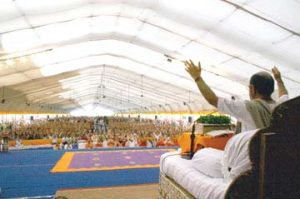 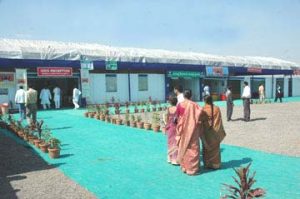