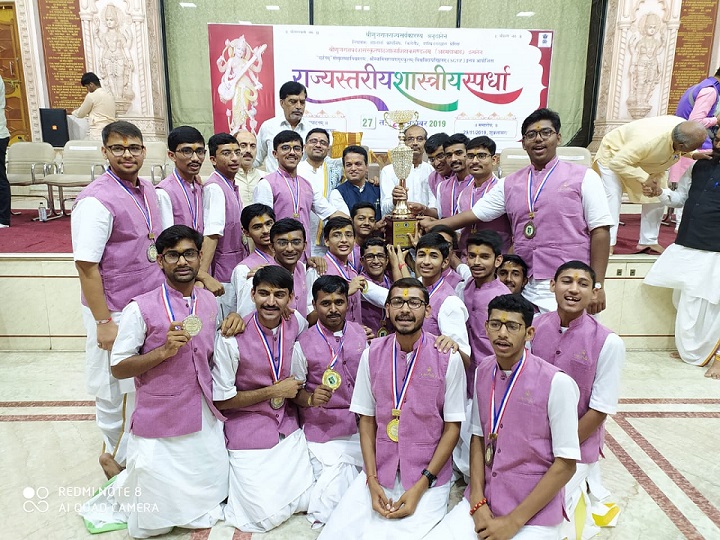 The Sanskrit Pathshala Mandal from Gujarat State organise competitions on scriptures based in Sanskrit every year. Sanskrit language as well as the education on the disciplines in Sanskrit are taught by many schools in order to protect our values. This year, the 31st state level competition was organised by the Gujarat Government and Gujarat Sanskrit Pathshala Shiksha Mandal at Shri Darshanam Sanskrit Mahavidyalay in Charodi from 27th to 29th November 2019

Pujya Bhaishri was joyous to hear these results and provided his blessings to the Rishikumars and their teachers. The principal of Rishikul, Shri Bipinbhai Joshi and the head of the hostel, respectable Shri Bobdeji blessed and congratulated all the Rishikumars who had participated.

The eight Rishikumars who ranked first and won gold medals will progress to the Sanskrit Shastriya National level competitions.

The list of Rishikumars and their achievements are provided in the table below: