Service to the Universe – our call to action! – Day 3 Ekal Bhagavat Katha

On Day 3 Ekal Bhagavat Katha in Delhi, with the theme of renunciation (Arpan, tarpan and samarpan), Pujya Bhaishri focuses on giving and performing service.

Pujya Ritambara Didi Maa graced the occasion and addressed the gathering at the opening of the third day.

Pujya Bhaishri said that Shrimad Bhagavat has been described by Ved Vyasji as two different sources of divine light.

Firstly, Bhagavat is referred to as the sun amongst scriptures that has risen after the departure of the incarnation of Shri Krishna to his abode in this dark age of Kaliyug.

Secondly, for those that may worry what happens once the sun sets, Ved Vyasji has also compared Bhagavat to a spiritual lamp in Shukdevjiʼs Stuti as sung by Sutji in the first canto of the Bhagavat. 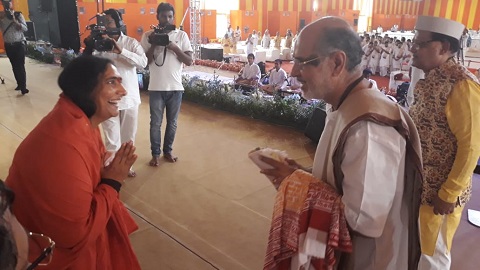 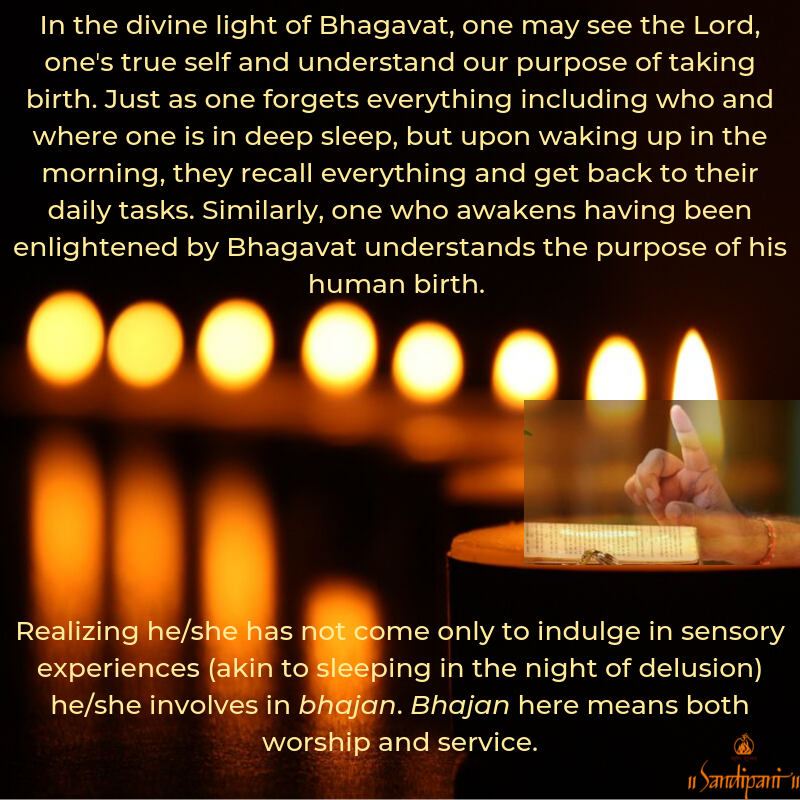 In the light of Bhagavat, one sees the Lord embodied in the form of this Universe because the Lord does not only exist in the idol of the temple. What is a Murti (idol) actually? An idol is a medium to see that which is formless (amoort).

Mother Kunti has referred to the Lord with three names in her hymn:

(2) Vishvātman- Soul of the Universe;

(3) Vishvamurte – Lord, embodied as the Universe.

Giving is living. Every part of nature teaches us this lesson. Lord Krishna speaks of the cycle of Yagya that exists within nature. He said that anyone who disturbs the harmony in the cycle of life by receiving but not giving (living only for himself) eats sin and should leave, as he lives in vain.

Pujya Bhaishri beautifully compared the skill of living in harmony with the existence to the garba dance performed during Navratri in a circle. If a participant is not able to dance in tandem with others, one will be asked to leave rather than disturb the circle. Such is life. Thus, receive to give.

One who has experienced even a glimpse of that Highest Reality lives a life of service, love, selflessness and a desire to do good to others. A natural divinity awakens in them such that ego, selfishness, lust and other vices cannot harm them.

When Lord Ram (Truth) manifests in one’s life, one automatically becomes a giver, just as King Dashrath did when Lord Ram was born. He gave away all that he had earned through righteous means. In return, everyone who received also gave everything away. Pujya Bhaishri described the multiplication effect of circulation of currency boosting the economy through this example and thus emphasized that Bhagavat is filled with Truth related to every aspect of our Life. 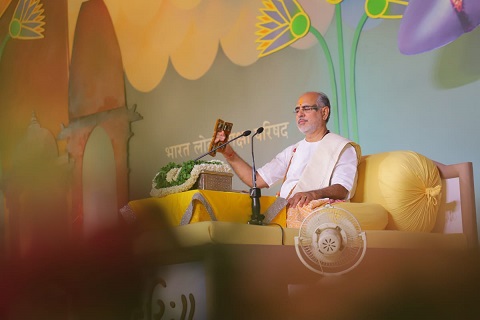