Shri Hari Mandir Patotsav: not just religious rituals, but also filled with service to the society and recognitions for others

At Hari Mandir…
The religious programmes included daily pooja and abhishek of the Hari Mandir deities, offering of lavish annakuts and kindled lamps. At the inaugural function, Pujya Bhaishri specified that the purpose behind these celebrations was not merely to organise and participate in big events, eat delicious food and then return to our natural routines, but to get spiritually enriched in the process and live a more meaningful and purposeful life. It is for this reason that we have organised medical camps and intellectual sessions along with other activities.

On 24 January, a divine annakut (varieties of food) was offered to the deities of Shri Hari Mandir. Shri Dineshbhai and Shrimati Darshnaben Kapadia, New York were the sponsors.

Vipulbhai – The abode of all happiness, God

Bhaveshbhai – How to attain happiness

Bhavinbhai – Significance of ancestors from Bhagavat

Devarshi Award – This was presented to Mahant Shri Shambhunathji Maharaj, the chief of the samadhi sthan (tomb) of celebrated Saint Shri Savaiyyanath at Zanzarda Village in the district of Dhandhuka, Gujarat. The Dalit community have tremendous faith and respect for the holy place of Saint Shri Savaiyyanath. Shri Sambhunathji Maharaj became the chief of this revered place in the year 2000 and since then, he has transformed it into a reputed centre for providing high quality services. Apart from organising camps for spreading education and empowering the Dalit community, 100 students are being accommodated and educated in the School run by this hermitage. He has also served as a member of legislative assembly.

Brahmarshi Award – was given to Shri Sureshchandra Ambalal Upadhyay, who has been the Chief of the Sanskrit Department of Bharatiya Vidya Bhavan for over three decades. Presently, he is the Director of the Department of Sanskrit Research and the editor of ‘Bharatiya Vidya’, the research magazine published by Bharatiya Vidya Bhavan. He has also made significant contribution towards the propagation of Sanskrit language in many foreign universities. He has served in top posts of many other universities and been honoured by the President of India. More than 30 students have successfully obtained their PhD degree in Sanskrit and Ancient Indian literature under his guidance. Shri Sureshchandra Upadhyaya is a learned scholar possessing an in depth knowledge of Sanskrit, Hindu Philosophy and Vedas.

Rajarshi Award – Shri Lalchandbhai Gandhi was awarded the Rajarshi Award 2014 for his immense contribution in the various fields of medical service projects. Born in Modhera town of North Gujarat, Lalchandbhai Gandhi obtained a degree in MSc. Technology in Manchester. A profoundly successful professional of textile chemicals, Lalchandbhai Gandhi started a maternity centre at Modhera in memory of his mother and a medical centre in memory of his sister. He has presented a report of 15 years of his service activities in a book titled ‘Sankalit Gram Vikasni Yashogatha’ (Success Story of Integrated Rural Development) which was released by then the CM of Gujarat, Honourable Narendrabhai Modi. He has also been honoured by the Governor of Gujarat.

Special Gaurav Award – After graduating as a medical doctor from B.J. Medical College Ahmedabad, Dr. Hargovind Laxmishankar Trivedi researched on kidney related diseases at the research centre of University of Canada. He returned to India and provided the complicated medical services of kidney replacement to common people at reasonable cost. He has successfully handled about 400 kidney replacement surgeries till now. He has thus been honoured by Sandipani with the Special Gaurav Award 2014.

Sandipani Nari Gaurav Award – Nirmalaben Chhaganlal Rawal was born in Kheda Village of Gujarat. She has done her M.A. and is skilled in Sanskrit. She is also an accomplished artist, an art teacher and has won many accolades for her drawings. She started an institute called ‘Manthan’ on a 5-acre land in Hajipur where she educates and trains girls of different capabilities. Presently, she is providing free education to 350 girls in her institute.

Pujya Bhaishri said, “Normally people have to apply or get nominated for Gaurav Awards. However, there are certain people who quietly work in the service of the society spreading their goodwill and spirit of service for the benefit of humanity. They do not care for awards or any other recognition of their contribution to the society. Hence, we take the initiative to reach out to such selfless people and by honouring them, we do not enhance their reputation, instead we feel honoured in the process. God has been very benevolent to us by providing us with the opportunity to honour such selfless people”.

Medical Camps
The table below summarises the medical camps held, the doctors involved and the services that were provided by them. All laboratory tests and five days of medication were provided free of charge. All doctors below will also provide free follow up for three months. Those extremely in need will be provided free life-time medicines from Drug Bank.

Flag hoisting ceremony
A Flag Hoisting ceremony was organised in the precincts of Shri Hari Temple on the morrow of 26 January to celebrate the 66th Republic day of India. The students of Rishikul and Gurukul of Sandipani Vidyaniketan presented a programme of patriotic songs to mark this occasion. Pujya Bhaishri also conveyed his greetings and blessings on this occasion of national importance. 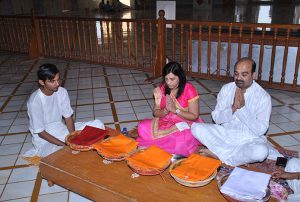 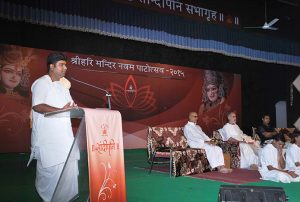 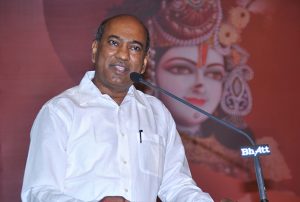 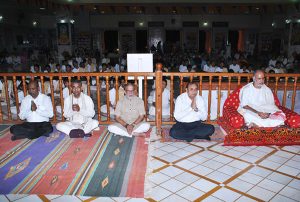 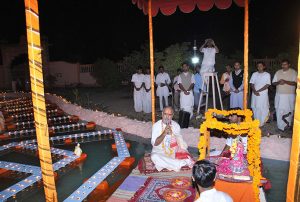 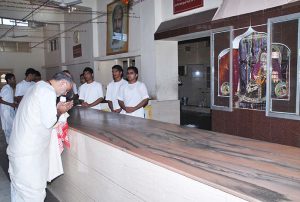 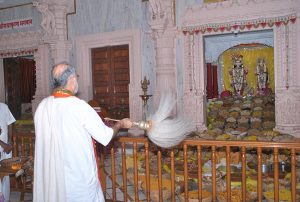 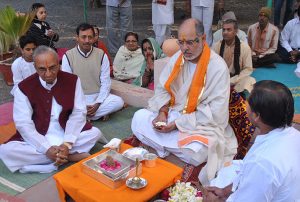 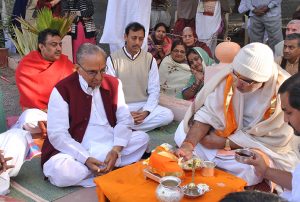 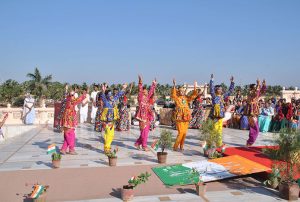 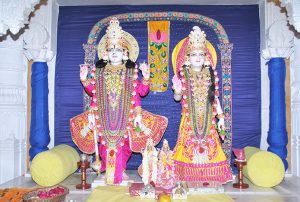 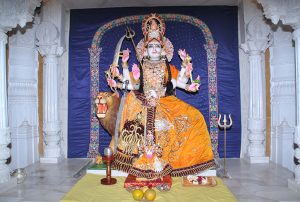 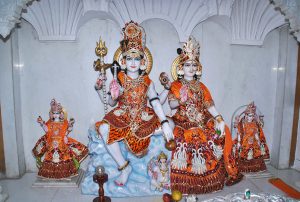 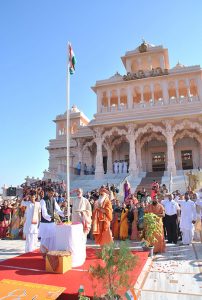