Phoenix, Arizona is a very pretty city — wonderfully laid out sandwiched by mountains and deserts. Overall planning for this Katha began in earnest in December 2001. The event was hosted by Indo-American Cultural and Religious Foundation and the Gujarati Cultural Association of Phoenix, Arizona. The venue was the North Canyon High School on the outskirts of Phoenix, Arizona. The summer was in full swing and the daily temperatures regularly ranged from 105-110 degrees Fahrenheit (41-43 degrees Celsius)!

The Katha began on Friday, July 26th, 2002 and it concluded at approximately 5:00 p.m. local time on Sunday, August 4th, 2002. There were 13 sessions and the total duration of the Katha was approximately 50 hours. It was predominantly narrated in Gujarati interspersed with Hindi and English as well! Daily Mahaprasad was served to devotees prior to the sessions.

Indo-American Cultural and Religious Foundation and the Gujarati Cultural Association of Phoenix, Arizona were the predominant beneficiaries in the fundraising activities that took place during the event. They have undertaken a US $6.5 million project that will last approximately 9 years in duration and the intention is to have multiple temples, social and cultural events hall, senior citizens center and a sports complex. It is an ambitious undertaking by the Arizona community and Pujya Bhaishri invoked it by naming it as a ‘Bhartiya Ekta Mandir’

The stage was decorated very uniquely with a theme of nature with Pujya Bhaishri on a Vyaspith that rested on a semicircle of bricks with trees as the backdrop and the Shri Ganesh Sthapna and Shri Radha-Krishna were uniquely garlanded. There was a havan kund signifying the ongoing Yagna.

During this Katha, Pujya Bhaishri visited the Hindu Temple, conducted a Youth session at the Indo-American Cultural Center, performed a Bhumi Pujan on the recently procured 4½ acres of land. The remaining other days were interspersed with Darshan at the hosts’ abode and also numerous Padhravanis.

On August 1st, 2002, Pujya Bhaishri visited Sedona, Arizona along with approximately 14 devotees. Sedona is approximately 100 miles North of Phoenix and according to the native ‘Red Indian’ folklore, there are 4 vortexes representing unique energy and focusing on the beautiful mountains surrounding the small city gives you a unique vibration and vivid images. The mountains surrounding Sedona are immense and majestic and they truly make human beings feel so small and insignificant compared to the power of the nature. Carbon dating of the stones surrounding the mountains has indicated that the mountains are approximately 330 million years old and the oceans have submerged the entire mountain ranges at least 18 times during this span.

On August 3rd, 2002, Tansukhbhai Ganatra gave an informative speech about Sanskruti Foundation – USA, UK and India. A description was also given on the responsibilities and undertakings of various sub-chapters (Shri Bhartiya Sanskruti Samvardhak Trust, Sat Sahitya Prakashan Trust) and numerous happenings and aspects of Sandipani Vidyaniketan. The speech highlighted and emphasized the message that all of the activities undertaken by Sanskruti Foundation – USA directly benefit the students at Sandipani Vidyaniketan and the projects of Shri BSST.

The “Shrimad Bhagwat Katha” was a wonderful experience for Pujya Bhaishri, the organizers and all of the devotees who attended the remarkable event, which had the ‘Krishna Janma’ celebrations, ‘Nand Utsav’, ‘Sri Krishna Rukmani Vivah’, ‘Sudama Charitra’, ‘Gopi Geet’, ‘Venu Geet’, ‘Bhishma Stuti’, ‘Kunta Stuti’ and the melodious music with Pujya Bhaishri’s narrations and anecdotal humorous experiences.

.In conclusion, Pujya Bhaishri identified the devotees in attendance as ‘Sookhi Dharti Ke Bheege Log’ or ‘contented devotees of a parched land’. Since the Katha was in Gujarati, there were Prabhatias and also the Dohas from Gujarat. There were happy and sad moments during the entire event, which was ‘first of its kind’ in the community of Phoenix, Arizona. The organizational structure plus the cooperation and team spirit, were truly remarkable. 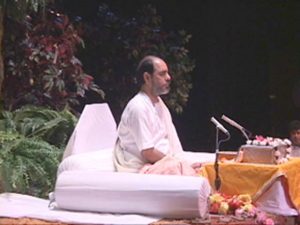 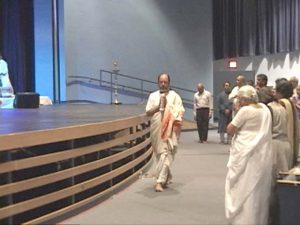 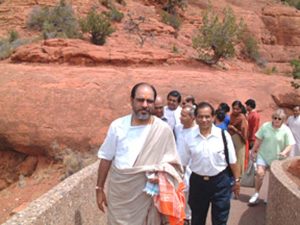 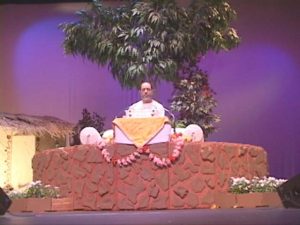 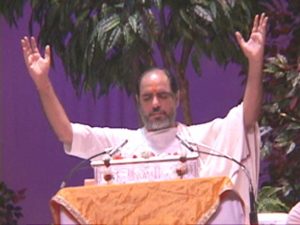