Pujya Bhaishri Rameshbhai Oza offered a heartfelt tribute to our Nation’s CRPF Personnel martyred in the Pulwama terrorist attack at Jammu and Kashmir on 14.02.2019. The tribute was held at Shri Hari Mandir on a large scale. Pujya Bhaishri said that the entire nation has experienced indescribable pain and is saluting the sacrifice made with tears to these soldiers. 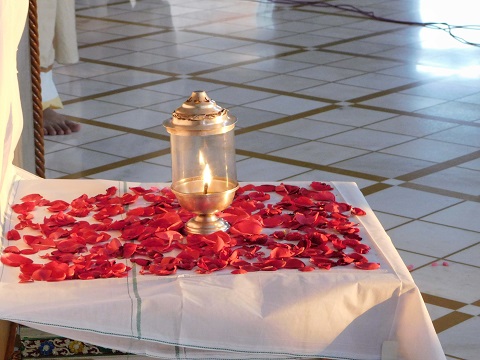 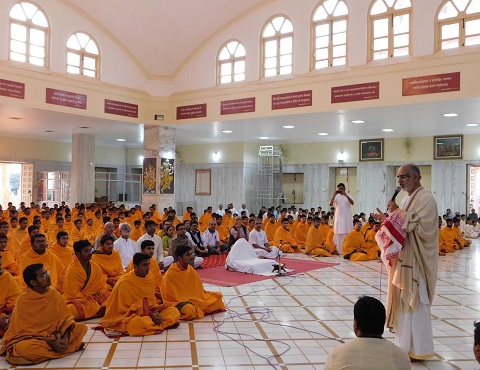 Ram means the Nation and Jatayu is our immortal martyrs.

Pujya Bhaishri reminded all of the incidence from Ramayan where Jatayu fights with Ravan to rescue Maa Sita when Ravan was kidnapping Maa Sita. At that time, Lord Ram had told Jatayu that you are attaining a state of liberation due to your good deeds. A warrior is liberated due to bravery. Pujya Bhaishri paid his tributes to these soldiers who are Jatayu and attained martyrdom for the Nation which is Ram.

Let us unite to get rid of terrorists

Pujya Bhaishri expressed his anger and said with tears in his eyes, “Terrorism is not an issue only for India but for the entire world. It is time that the Governments and societies of all the nations unite and eradicate terrorism from its roots. Terrorism has no religion/duty. There are several people in this world who perceive terrorism as their religion/duty”.

Pujya Bhaishri explained that those warriors who were victims were from various regions of the country including Rajula District in Gujarat. It is important in order to maintain patriotism in this country that justice is given to these martyrs and the terrorist punished.

Pujya Bhaishri’s address was followed by a recitation of the fifteenth chapter of the Shrimad Bhagavad Gita, a moment of silence and evening prayers by the Rishikumars, Trustees and people from Porbandar. 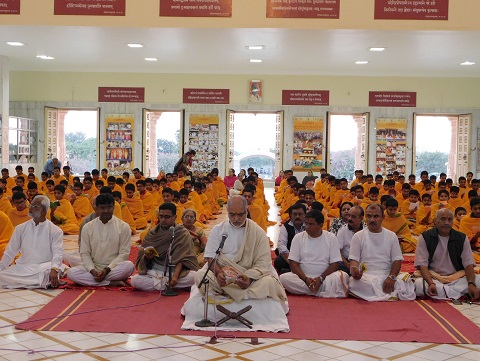 At the same time, students and teachers of Devka Vidyapeeth and Sandipani Gurukul paid homage to these brave soldiers. 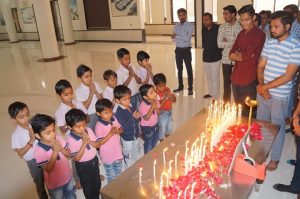 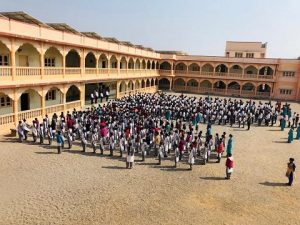 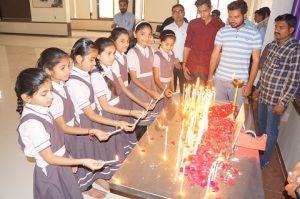