Do our scriptures mention or talk about literacy? What does literacy mean to you? What should we do in this country to turn more people towards true literacy in the current times?

An uneducated person is blind. Ignorance makes one blind despite having eyes. A person who is educated but is hard of seeing can see the world through education.

God has given us a body and intellect. This intellect must be developed. Education teaches us what to put in our intellect.

In Sanskrit literature, it is said:

Meaning: literature, music, and art – one who is devoid of these is similar to an animal without a tail and nails.

Education and literacy can truly lead to one’s progress. However, another thing that has been said is that literacy is not just how to read and write, studying special subjects and being more informed.

In Sanskrit it is said:

If you read sakṣarā (meaning literate) the opposite way it reads as rākṣasā (meaning demon). If a person is literate and educated but walks against Dharma and society then the person becomes like a demon. The true meaning of literacy is that it imbibes good values and instils humanity in a person. 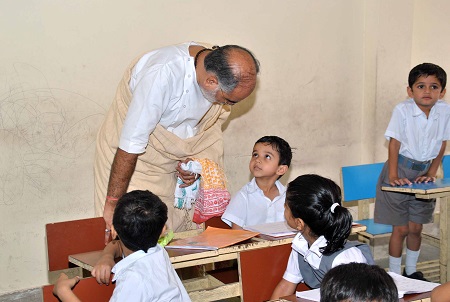 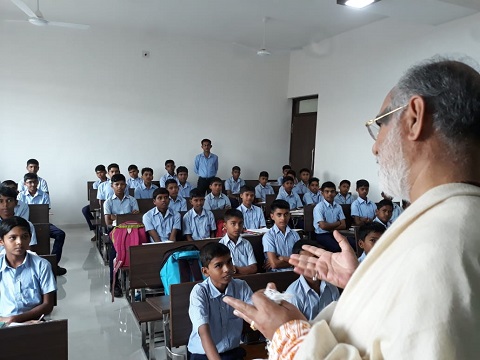 The government in every country must make the effort to provide quality education to every child. I keep saying in my kathas that governance which cannot provide education to a child who wants to study, and work to a young person who wants to work, is wrong.

It must be ensured that no child is bereft of education. Should we make every individual educated via value-based education system, destroy the animal like nature hidden within one and manifest humanity, then the world will go through the least wars ever. This way, the time spent for wars will instead be spent on teaching, building schools and colleges. Ultimately, this will lead to the progress of the universe.

Organisations like UNESCO have said that wars begin from a human’s mind. Hence, if we want to establish peace in the world and harmony amongst one another, then thoughts of war, violence and animal like behaviour will have to be removed from a human being’s mind. This will only be possible if value-based education can be provided.

May no child be without quality education or remain illiterate. May every child learn, be literate, be educated, be filled with, and spread good values. May God give all the understanding and dedication to work for society and be useful to others.

These questions were answered by Pujya Bhaishri on International Literacy Day, 2019.