On 6 December 2014, Pujya Bhaishri held his first Swachha Bharat (clean India) campaign in Rajula district, Gujarat, after being nominated as one of the nine leaders of this campaign by the Chief Minister of Gujarat, Anandiben Patel (Read the letter in Gujarati)

Watch this short video of Pujya Bhaishri inspiring other people to clean, which also includes a small message by him.

At Rajula, Pujya Bhaishri also gave an example of how our citizens maintained cleanliness in his tour in Switzerland and said, “The discipline of maintaining cleanliness must begin with us. We start this from today. When we celebrate Mahatma Gandhi’s 150th birthday, let us present to him a clean India”.

Following this campaign, a shopkeeper in Rajula cleaned outside his shop and took an oath to keep his area clean from now onwards. 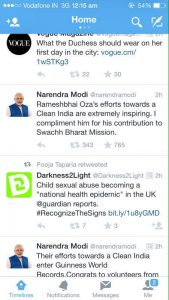 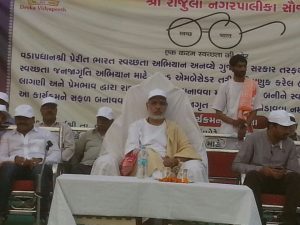 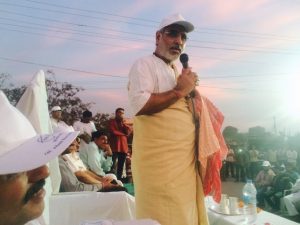