The Mahotsav brought some of the country’s leading musical artists to Porbandar for the first time between 2nd and 13thFebruary 2006. The world renowned classical singers Rajan and Sajan Mishra captured the audience with their rendition of Raag Basant. On 6th February, Pandit Vishwamohan Bhatt and Pandit Jasraj offered their prayers to the new mandir and their support to Pujya Bhaishri through their musical talents. Pandit Hariprasad Chaurasia and Pandit Bhawani Shankar’s jugal bandhi session was met with tremendous appreciation. On the same night the famous Osman Meer sang Sufi bhajans.

A number of artists from Gujarat also participated in the Mahotsav, such as Hemant Chauhan, Bharti Vyas, Niranjan Pandya, Bhikhudan Gadhvi and Praful Dave. Anoop Jalota, who performed for the first time in Porbandar, expressed his gratitude and pleasure for being a part of this event. Guitarist Pandit Brijbhushanji Kabra too felt honoured to be a part of the Mahotsav and offered his performance to the devi devtas of Shri Hari Mandir.

The students of the Arya Kanya Gurukul of Porbandar presented an evening of wonder when they enacted a musical play of the famous story of ‘Satyavan and Savitri’. 51 girls took part in the two-hour play that was attended and appreciated by all.

A unique performance ‘Jago Hindustani’ by a group of singers from Kolhapur, Maharashtra was also very much appreciated by the audience who sang various patriotic songs.

Langa Manganiyars of Rajasthan and Kathak danseuse Malvika Mishra and others captivated the audience with their wonderful performance.

Indian culture and its varied arts and artists was seen in all its glory by thousands at Sandipani during the Mahotsav. 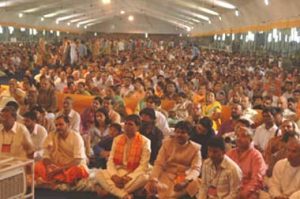 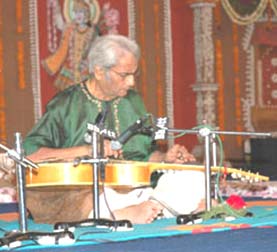 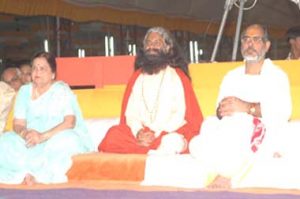 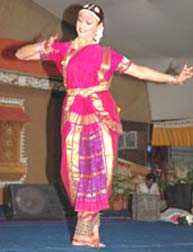 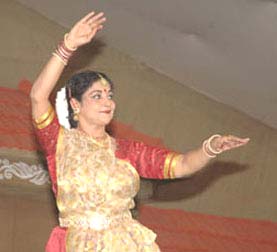 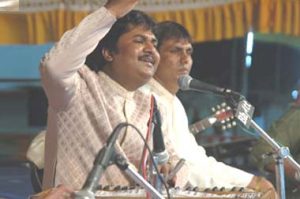 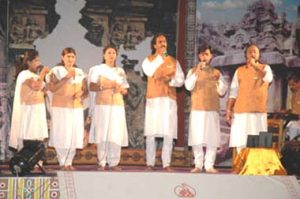