Over the course of the katha, many religious leaders came to Sandipani to hear the katha and participate in daily afternoon ‘Dharma Sabhas and satsang’ where a selection of saints and other devotees gave their thoughts on particular topics. From the 2nd – 12th of February thousands listened to the enlightening talks of world revered saints and scholars.

On the 5th of February Karshni Gurusharananandaji Maharaj and Pujya Goswami Indira Betiji spoke on the topic of ‘Social Development through Literature and Spirituality’.

On 6th of February, the famous scholar and katha orator of the Ramayan, Pujya Shri Morari Bapu graced the katha. He talked of the three temples of Porbandar. He said that the ‘Kirti Mandir’, dedicated to Gandhiji, represents ‘Satyam’; the ‘Sudama Mandir’ represents ‘Shivam’; and the new ‘Shri Hari Mandir’ at Sandipani represents ‘Sundaram’. Thus, the symbol of Bharatiya Sanskruti, which is ‘Satyam Shivam Sundaram’, is now present in Porbandar.

One of the most interesting topics of discussion was on female foeticide. Shri Labhshankarbhai Purohit and Surekhaben Shah spoke of the very controversial and taboo subject of aborting female foetuses. Surekhaben said “Just as the moon has a dark stain, similarly female abortion is a dark stain on our Hindu culture. The reason for the increase in female abortions is due to new technology such as sonography. 20 years ago there was an equal ratio of male and female births. According to the World Heath Organisation, in today’s times, there are only 725 female births to every 1000 male births. In a religion were females are meant to be worshipped, instead, we are killing them as parents believe that daughters will only bring further hardship to the quality of their lives.”

The talks on this topic received great appreciation and applaud from the thousands who were present.

Over 1,500 NRi’s attended the event and a special discourse was held on the topic of ‘Body Abroad – Mind in Motherland’ in which talks were given by Swami Chidanand Saraswatiji and Shri Bhupendrabhai Pandya. A message from Shri Ramniklal Solkanki was also addressed to the audience by his daughter Sadhanaben Karia.

Highly attended talks on varied topics were given by Swami Madhavpriyadasji, Swami Satyamitranandaji of Haridwar, Shri Haribhai Kothari and others during the evening satsangs.

On the last day of the katha, 12th of February, Pujya Doctor Swami and Pujya Vivek Sagar Swami of the BAPS Swaminarayan Sanstha gave an enlightening talk on the importance and significance of temples. 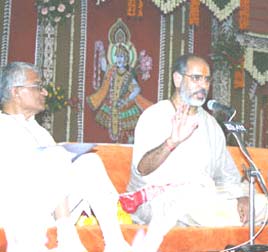 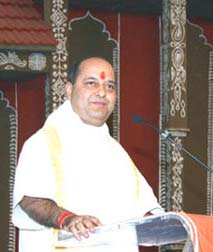 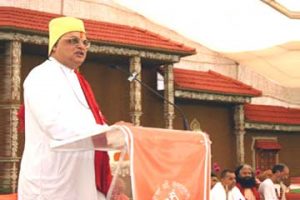 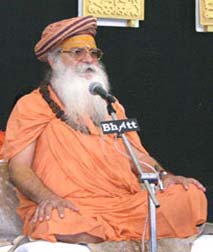 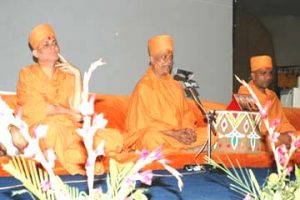 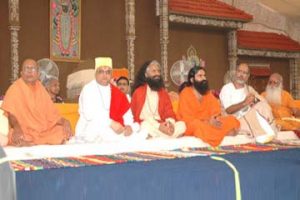 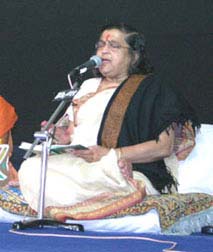 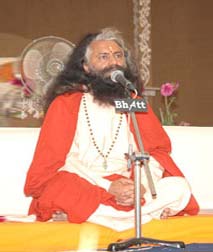 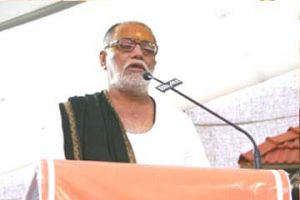 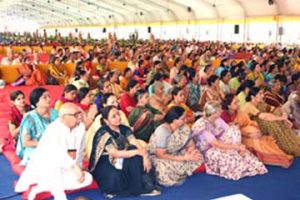 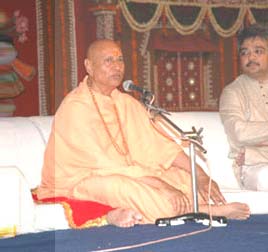 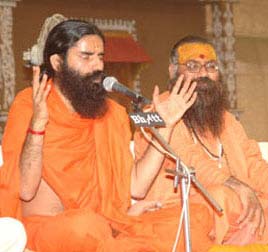